Today, the day when Putin added to his illegal annexation of Crimea in 2014 the illegal annexation of four more Ukrainian regions (not fully even under temporary Russian control) following further referenda not worth the paper they were falsified on, our weekly Ukrainian blog post promotes new writing about Russia’s war against Ukraine made possible by the Ukraine Lab initiative, led by the Ukrainian Institute in London.

Six young writers were selected as the 2022 Ukraine Lab cohort, their prize a 6-week residency to “produce creative nonfiction pieces which will tackle global challenges through the prism of Ukraine”.  Two pieces have just been published, in English and in Ukrainian, joining two already published, and they will later be produced also in an anthology collecting all the writing that will have come out of the Ukraine Lab project.

Just out, focusing on Russia’s war against Ukraine:

Out slightly earlier this month, focusing on Ukraine and the environment:

All translations are by Nina Murray.  I’ll update this post when the final two essays come out.  Do have a read of these essays and promote them to others.  It is so important to have such interesting and insightful writers in these terrible times.

Readers who use Twitter can find the Ukrainian Institute in London here and Dr Sasha Dovzhyk, the curator of Ukraine Lab, here.

The news about Russia’s war against Ukraine gives us each week new names and/or new vocabulary.  This week, we’ve heard a lot in Russian about mobilizat︠s︡ii︠a︡ (mobilisation) but some of us might also have seen the rise of the term mogilizat︠s︡ii︠a︡, a grimly wry portmanteau of the words mobilisation and – mogila (the grave).  The name for a call-up paper is simply povestka, a word related to “telling” (eg povestʹ means a story).  Judging by news coming from Russia, povestki are arriving in huge numbers and not only to those within the parameters Putin set out that; the scale of mobilisation is far greater than the president will openly admit. 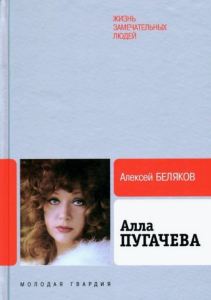 In terms of names, Alla Pugacheva will either have been abundantly known to you already or also a new thing this week.  Pugacheva was an absolutely huge music star in Soviet times and has remained so in modern Russia (she gets her own two chapters in David MacFadyen’s Red Stars : Personality and the Soviet Popular Song, 1955-1991; you can find other Cambridge library books, not all of them, admittedly, highly academic, about her here).  Earlier this week, Pugacheva wrote an open letter to the Russian authorities requesting that she be added to the list of inoagenty (from inostrannye agenty – foreign agents) to which her husband, Maksim Galkin, a consistent opponent of the “special military operation”, had just been added.  Pugacheva’s dramatic stand against the war may have come over 6 months after Russia invaded Ukraine, but it was pretty seismic.  Until, that is, Putin outdid her with his address about “partial” mobilisation, about the referenda that (properly stage-managed) will allow him to claim parts of Ukraine under Russian control as parts of sovereign Russia, and about the possibility of using a nuclear bomb (no ‘blef‘, he said – no bluff)… 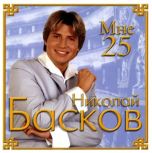 We should end on a light note.  Alla Pugacheva’s husband, Maksim Galkin, became famous as a comedian, singer, and much more around the year 2000.  He won my delighted respect in 2002 when, in response to the rather self-admiring singer Nikolaĭ Baskov’s release of an album called ‘I’m 25!’, Galkin released a rather less earnest album named ‘Well, I’m 26!’  Not many images can be found of the latter, sadly, but here is Baskov’s.

CAIRN is a Francophone online platform originally founded by four French and Belgian publishers: Belin, De Boeck, La Découverte and Erès, focusing on social sciences and humanities periodicals. More recent partners include the Bibliothèque Nationale de France, the University of Liège and the Centre National du Livre. In the past few years, especially since COVID (when the platform offered the library free access to all their ebooks for the month of May 2020), we started acquiring CAIRN ebooks, as well as receiving statistics about our readers’ attempts to access ebook titles on the platform.

Based on these information, and in order to continue diversifying the range of French and Francophone material available to our readers, while also taking into account the pricing of the ebooks, we recently made a bulk purchase of more than 200 titles selected from the Cairn catalogue, including both new and older publications that we did not already have in print. Members of Cambridge University Library now have access to about 450 CAIRN ebooks titles, available through Raven, either on iDiscover, or directly on the CAIRN platform and other websites, if you use the Lean library plugin. We are now in the process of upgrading online catalogue records for the newly acquired ebooks, which includes adding subject headings.  END_OF_DOCUMENT_TOKEN_TO_BE_REPLACED

Some work on Ukrainian donations earlier this year threw up a few inscriptions that have bamboozled me – most in Cyrillic, but one in the Latin alphabet.  Forgive the blurriness of some of the images.  If anyone might be able to decipher any of the writing, please do get in touch! END_OF_DOCUMENT_TOKEN_TO_BE_REPLACED

In my previous blog post, I examined a selection of the texts in the Bibliotheca Hermetica series, a recent addition to our catalogue. In this post, I wish to take a wider view of alchemy, and how the material connects people of different time periods. History is inherent to each manuscript, not only detailing the provenance and creation of each work, but also how the content shaped the lives of the people who read it. In this way, the collection of alchemical texts in the UL is a rich fabric of interwoven connections and textual interpretations, which spans centuries of academic understanding, creating almost a visual mind-map of human curiosity and giving the impetus to discover and learn more. 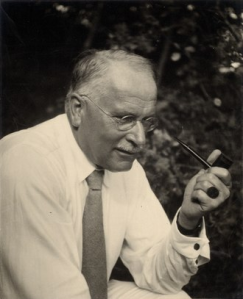 One particular example of how ideas interconnect across time, is Carl Jung, the Swiss 20th century psychiatrist, and The Secret of the Golden Flower (9840.b.17). Although psychology and alchemy may appear to be vastly different fields of enquiry, Jung’s approach to his specialism had a lot in common with the historical alchemists he researched. Like them, he was concerned with the unification of opposites, focusing primarily on the conscious and the unconscious, a theme he noted in a variety of Eastern archetypical images. Jung’s concept of individuation is also reminiscent of Western alchemical practices. In differentiating the self into conscious and unconscious elements, Jung was applying to psychology techniques which alchemists had applied to early approaches to natural science. END_OF_DOCUMENT_TOKEN_TO_BE_REPLACED