The new book in the University Library, Let’s talk about (texts about) sex: Sexualität und Sprache (C209.c.2099), prompts us to look a little bit further into our collections relating to the history of sex reform and sexuality in German history.

It is fair to say that the gay rights movement was born in nineteenth-century Germany. The article “The German Invention of Homosexuality” by Robert Beachy which was published recently in The Journal of Modern History, explained that Germany was one of the first modern countries to openly discuss homosexuality. Although same-sex love is as old as love itself, the public discourse around it only arose in Germany in the late nineteenth and early twentieth centuries. 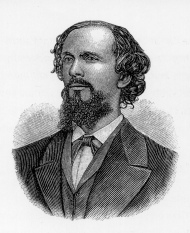 Karl Heinrich Ulrichs (1825-1895) was a German writer who is seen today as the pioneer of the modern gay rights movement, Karl Heinrich Ulrichs : der erste Schwule der Weltgeschichte by Volkmar Sigusch (2001.7.1534), and he is renowned as the main inspirational source for the gay movement in history. On August 29, 1867, Ulrichs was the first homosexual to speak out publicly in defence of homosexuality and advocated a repeal of anti-homosexual laws. While he initially wrote under a pseudonym, he soon began publishing under his real name (possibly the first public “coming out”). He published a series of five booklets (1864–1865) under the title Forschungen über das Räthsel der mannmännlichen Liebe (S300.c.89.1; the Library has volumes 2 and 4 only); the UL has also the complete reprinted edition of this title (244:1.d.95.29-30). Ulrichs encountered censorship and ended up going into exile, but his ideas were gradually accepted by society.

In 1886 German psychiatrist Richard von Krafft-Ebing (1840-1902) released the first edition of his hugely influential Psychopathia Sexualis, one of the first books about sexual practices that studied homosexuality/bisexuality. Several English translations were acquired in the 1890s and 1900s, which were all promptly classified in reserved class Arc, the class used initially for books of an erotic or sexual nature which were believed to be potentially corrupting to students. The Library only acquired a version of the original German text, a facsimile of the 14th revised edition, in 1984 (S244.c.98.18). Krafft-Ebing proposed a theory of homosexuality as biologically anomalous and originating in the embryonic and fetal stages of gestation, which evolved into a “sexual inversion” of the brain. While his works were initially very influential, Krafft-Ebing’s conclusions are no longer so well known. 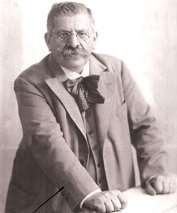 The German physician and sexologist Magnus Hirschfeld was born on 14 May 1868 and died on his birthday in 1935. In 1897 Hirschfeld founded the Wissenschaftlich-humanitäre Komitee (Scientific Humanitarian Committee) with the publisher Max Spohr. A history of the publisher, including its place in the history of homosexuality in Germany is available: Bücher für das “dritte Geschlecht”, der Max Spohr Verlag in Leipzig (893.c.139). The goal of the institute was to campaign for social recognition of gay, bisexual and transgender men and women, and against their legal persecution and to develop a scientific framework for sexual equality. It was the first such organization in history, and it regularly published the journal Jahrbuch fur sexuelle Zwischenstufen (T196.c.1.1-) from 1899 till 1933. In addition to Hirschfeld’s work as a sexologist, he was also a sexual reformer. The UL holds Hirschfeld’s biography which was written by Ralf Dose, in German Magnus Hirschfeld: Deutscher, Jude, Weltbürger (2005.7.337); and the English version Magnus Hirschfeld: the origins of the gay liberation movement (C210.c.185). Hirschfeld also founded the Institute for Sexual Science in 1918.

Hirschfeld wrote extensively, but the Nazis attacked the Institute for Sexual Science in 1933 and burned many of its books and archives; more information about the Nazis burning books can be found in an earlier blog post from European Collections “Burning books”. The UL has a significant amount of his work and of books about him. There are many translated editions both in English and other languages, such as Le sexe inconnu (Arc.d.93.214).

Until the early 1900s in Germany, there was very little written about the Women’s Movement. Hirschfeld could also be considered an early feminist, together with Helene Stöcker who was a German feminist, pacifist and sexual reformer (Helene Stöcker, 1869-1943: Frauenrechtlerin, Sexualreformerin und Pazifistin: eine Biographie 571:73.d.95.82). In 1909, they successfully lobbied the German parliament not to include lesbian women in the law criminalizing homosexuality.

The latest exhibition “The Institute of Sexology” (S950.a.201.3212) at the Wellcome Collection in London, is not about sex but the study of sex. It focuses on Hirschfeld and other early pioneers in the field, and highlights the big changes in attitudes and the lifting of taboos that these researchers helped to bring about.

As Robert Beachy wrote in his article “The love that dared not speak its name, as Oscar Wilde put it, had many names, at least in German”.

1 thought on “Let’s talk about Sex”