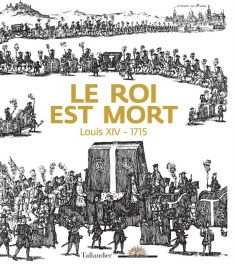 Just in time for the final episodes of Versailles on the BBC, the University Library has received Le roi est mort : Louis XIV, 1715 (S950.a.201.4340). Including imagery from the funerals of French figures from Henri IV to Charles de Gaulle, this book (the catalogue of an exhibition held at the Châteaux de Versailles marking the 300th anniversary of his death) discusses both the ceremony and legal proceedings resulting from the death of the king.

Documents such as Louis XIV’s will (available in part online through the Archives nationales), the seating plan in St Denis for his funeral service, and orations from his funeral are reproduced along with essays on the death and funerals of kings of France, specific aspects of Louis XIV’s funeral, and analysis of the music and ceremony of royal funerals.

The University Library has a large and important collection of material relating to Louis XIV (as would be expected for such an important and long-serving monarch). Our collections from his reign range from over a dozen pamphlets dating from 1649 (seven years after he became king, and the year he turned 11) to The life and reign of Lewis XIV, late King of France and Navarre (7560.d.98), which was published in 1715, the year of his death.

Our earliest material, including pamphlets such as Lettre dv roy enuoyée à nosseigneurs de la Cour des aydes : Svr l’assevrance de son retovr en sa bonne ville de Paris (Ggg.30 — which is part of a volume of several dozen pamphlets from 1649) are recorded in our catalogue under the author “France. Sovereign (1643-1715 : Louis XIV)“.  Later works about the man himself, such as Voltaire’s Défense de Louis XIV (7000.d.1322, published in Geneva in 1769) use the subject heading Louis XIV, King of France, 1638-1715, which helps to distinguish between the man and the office. 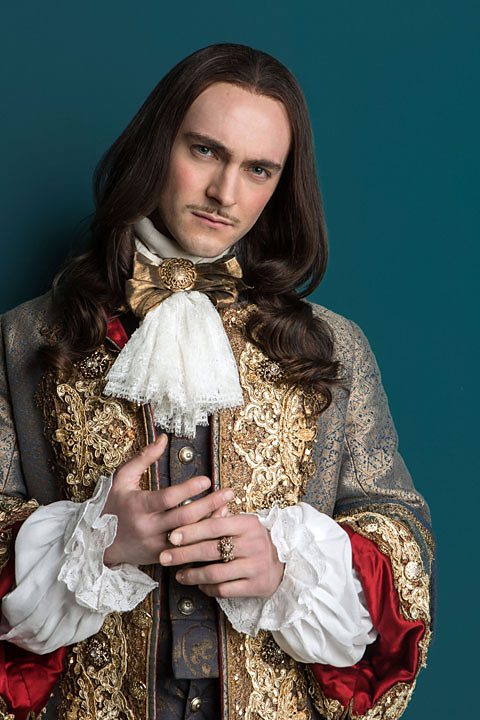