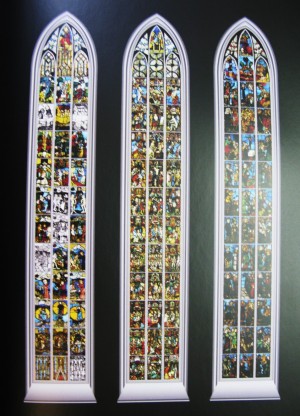 I have previously written about Dutch misericords and bronze fonts of mainland Europe so my interest was inevitably piqued when I came across the fascinating story of the stained glass windows of the Marienkirche in Frankfurt an der Oder in the far east of Germany. We have several colourful books in our collections devoted to them.

Construction of the redbrick church began in about 1253, the year the town was founded. There was enough wealth in the town (it grew to be the largest trading centre on the river Oder) to enable the original church to be extended. The first extension in the 1350s and 1360s added a choir with ambulatory, and it is presumed that the three 12m high windows at the east end date from that time (they were not written about until 1523). For the large numbers of worshippers who could not read or write the windows represented a kind of picture Bible, depicting stories from the Old and New Testament. 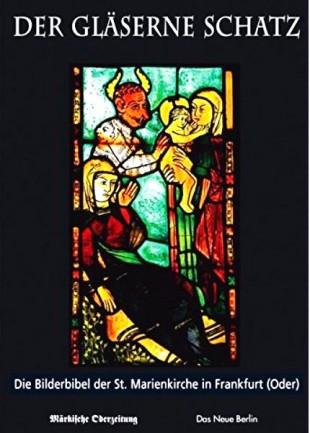 Uniquely, one of the windows presented the life of the Antichrist, an unusual theme (and believed to be the only known representation of it in stained glass) but one which had been written about in the 10th century by Adso of Montier-en-Der. It was to be interpreted as a warning to live one’s life responsibly rather than as any rejection of Christian teaching.

By the early 19th century the church was in need of refurbishment. Indeed, a visitor in 1817 described the windows as having some picture panels missing and replaced by glass in single bright colours. Work only took place following the collapse of the South Tower in 1826. Karl Friedrich Schinkel, best known for his buildings in Berlin, oversaw the project which included restoration and probable rearrangement of the windows.

Fear of allied bombing raids in spring 1941 led to an official recommendation that the windows be protected or completely removed. Estimates for removal were obtained but the church community had to raise the necessary funds before the work could be carried out. This then took place in September 1941: each of the 117 47 x 84 cm panes was numbered, packed carefully into boxes and stored in a private family crypt below the remaining North Tower. In early 1943 the academic Joachim Seeger was tasked by the Deutscher Verein für Kunstwissenschaft to visit the church to document the windows and have photographs taken, requiring them to be taken out of storage (over 40 years later in 1977 he used material from this visit in an article in volume 6 of the Städel-Jahrbuch: Die Antichristlegende im Chorfenster der Marienkirche zu Frankfurt an der Oder).

Towards the very end of World War Two the windows were transported to the Neues Palais in Potsdam, to the southwest of Berlin. The intention was that they should go further west to the safety of a mine but in the end this was not possible. If the windows had remained in Frankfurt, they would almost certainly have been destroyed in the last days of the war when the church and surroundings were severely damaged by fire. Immediately after the war the windows could not be found. Their fate was not clearly known but it was suspected that they had been taken east to the Soviet Union. It would take over 40 years for their whereabouts to be established and more than 50 years before they returned to Frankfurt.

We now know that soldiers of the Soviet Red Army took the boxes of medieval glass to Berlin where they were loaded on to trains and taken to the Soviet Union in summer 1946. The vast majority (111) were placed in a storage depot of the Hermitage in Leningrad (St Petersburg) and their location was not confirmed until 1990. Years of long and difficult political negotiations ensued to secure their return. The Russian parliament approved a law in 1997 proclaiming as state property art works seized by the Soviet Red Army in Germany. Despite this, the Frankfurt windows were allowed to be returned on the grounds that they were church property. The friendship between Chancellor Gerhard Schröder and Vladimir Putin may also have helped. The windows finally arrived back in Frankfurt in June 2002 amid considerable media attention as they were the first of potentially thousands of looted artworks to be handed back.

Being shut away in a museum depot for more than 50 years probably helped to protect the glass from some environmental damage but much restoration was still required. Before their return, fifteen of the panels were restored in a workshop at the Hermitage and displayed in an exhibition in the Winter Palace (the Fitzwilliam Museum holds the exhibition catalogue). A restoration workshop was set up within the church itself and the work took four years. Meanwhile, the church, which had fallen into such a poor state of repair that demolition had been considered, had been undergoing repair work since the 1980s. This reached its climax when the choir roof was rebuilt in 2004, with original décor of white walls and coloured vaulting restored. In June 2007, exactly five years after they arrived back, a service of dedication was held for the newly restored and installed windows. 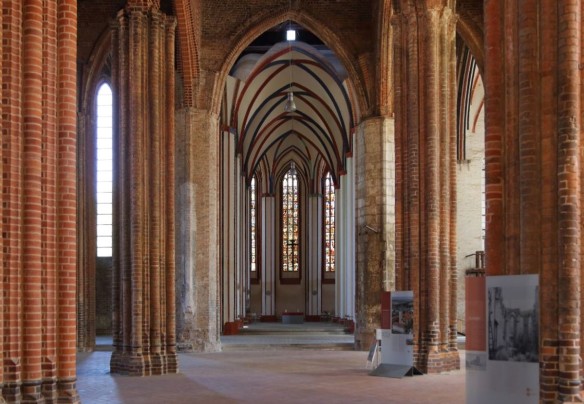 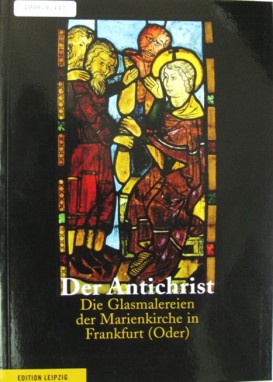 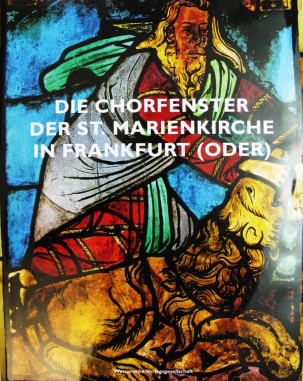 Detail from the panel depicting Samson tearing the lion apart

Six panels depicting Old Testament stories were still missing, assumed to be lost. These were replaced by black and white copies during the restoration process. By chance, they were discovered in 2005 in a storeroom of the Pushkin Museum in Moscow. This was too late to be incorporated into the 2007 reinstallation but the Russian parliament agreed to their return in 2008 and they were able to replace their monochrome representatives in 2009.

During restoration there was some discussion over the arrangement of the panes (knowing that Schinkel may well have reordered them back in the 19th century). What we see now is a central window showing stories of Jesus flanked by Old Testament stories such as Moses and the burning bush, David and Goliath; the left-hand window depicts scenes from the book of Genesis; the right-hand window is the Antichrist window with scenes from his life, copying that of Jesus such as in the temple and as a wandering preacher and carrying out false miracles such as making the dead rise from their graves and with a devilish horned companion. Some of the most interesting panels are shown below (click on individual images to see enlarged versions and full captions). 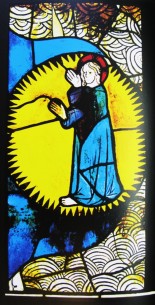 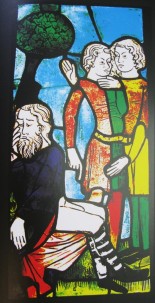 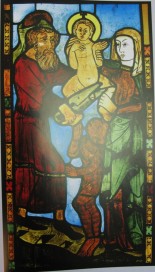 Circumcision of the baby Antichrist 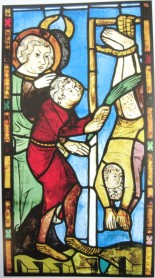 The Antichrist supervises the whipping of a hanging man 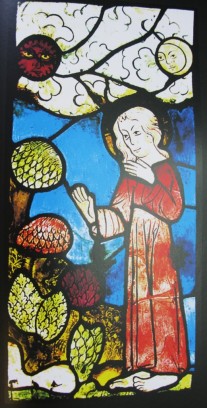 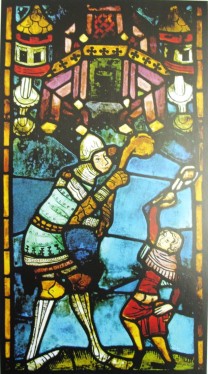 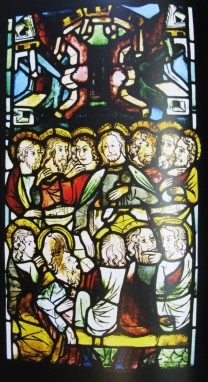 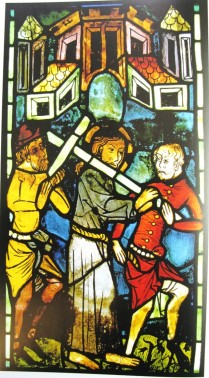 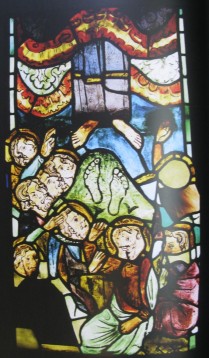