Comic books (bandes dessinées or BDs) and graphic novels (romans graphiques) are a very important and successful part of French and Francophone publications. A report on the Bande Dessinée was commissioned by the French Ministry of Culture and published in January 2019, ahead of BD 2020, l’année de la bande dessinée. It contained several proposals for better symbolic and institutional recognition for the “9th art”: a stronger local, national and international dissemination and promotion, and an ambitious education policy. 2020 is thus officially « L’année de la bande-dessinée à la BnF »: the French national Library has engaged in a series of printed and online publications as well as events on the topic (prolonged up to 31st June 2021 because of the coronavirus crisis) and has even developed an app, “BDnF, la Fabrique à BD“, for you to try and create your own comic book. The app is accompanied by tutorials, and examples of creations in different sub-genres (including comic strip, manga, webtoon…), based on a selection of digital images from archival BnF documents. You can also read entire comic books online: during the lockdown, publishers such as La Boite à Bulles or Dargaud opened up some of their collections; every month, you can access a free volume on the website of Les Humanoïdes Associés. You can also read online comic books on the Institut Français digital library Culturethèque (sign up for free with your email address), or browse the digitised collections of the Cité internationale de la bande dessinée et de l’image, based in Angoulème, where takes place a major annual International Comics Festival.

END_OF_DOCUMENT_TOKEN_TO_BE_REPLACED

Last week was the Semaine de la langue française et de la francophonie, so it is a good occasion to consider the famous French lexicographer and publisher Pierre Larousse (1817-1875).

The son of a blacksmith and an innkeeper, Pierre Athanase Larousse was born in Toucy (Burgundy) in 1817. He was a very good student and, not surprisingly, an avid reader at a time when books were distributed by peddlers. To some extent he was a free spirit, out of the conventions of his time. He cohabited for many years with Suzanne Pauline Caubel, before marrying her in 1872.

END_OF_DOCUMENT_TOKEN_TO_BE_REPLACED

I recently stumbled upon a very interesting article on the Icelandic language and the threats it faces in a modern, English-speaking digital world. This put me in mind of Québec and France, and of the different approaches they have taken against a similar problem. 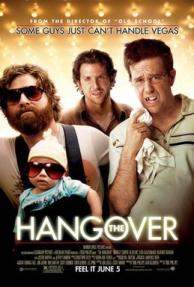 Take a guess: how was this film’s title translated in France?

With its Académie française, its strict language rules, the huge backlash every time someone proposes a change, any change, to the standard – see for example, the spelling reform of 2016 or the debate around trying to make the language more inclusive – you would think that France would be the best of the two at defending la francophonie, better than a French-speaking province surrounded by two enormous English-speaking cultures. Well that’s not the case. Although France is very good at resisting any attempt at modernising the language coming from within, it doesn’t worry so much about the enemy outside – the great influence of English or American and how it is affecting French vocabulary. END_OF_DOCUMENT_TOKEN_TO_BE_REPLACED 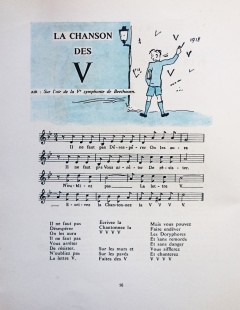 The powerful role of radio propaganda during World War II cannot be overestimated. Information was transmitted quickly to vast populations across borders, overpassing enemy lines. In the UK, the BBC would broadcast in several languages, including French of course, and would even send secret messages to the French Resistance in the form of apparently senseless phrases. The Chadwyck-Healey Liberation Collection has several publications related to this topic, some of them particularly fascinating.

Maurice Van Moppès was an illustrator, Free France member and broadcaster who worked for “Les Français parlent aux français”, one of the BBC radio programmes that transmitted news from the Front (for more on this check the 5 volumes of Ici Londres, 1940-1944: les voix de la liberté, 539:1.b.820.2-6). The programme was also supposed to boost the French people’s morale and send code messages to the Résistance. END_OF_DOCUMENT_TOKEN_TO_BE_REPLACED

One of the most striking aspects of the Liberation Collection is the huge number of books consisting of personal narratives, containing the memories of people involved in and affected by World War II. Through dealing with these books one becomes very intrigued by and connected with their authors, their experiences and their suffering. Instances of personal narratives in the Liberation Collection vary widely, in terms of the backgrounds to which the authors belonged, in terms of the topics they choose to address or the quality of the publications themselves. But they all share a deeply human and personal view of the tragic conflict. Here is one example. END_OF_DOCUMENT_TOKEN_TO_BE_REPLACED