The introduction to the 1945 ‘Select classes classification’

The University Library’s classification schemes can sometimes seem designed to hinder rather than aid the reader.  This post looks at some recent and lovely East European additions to the S3-figure class and briefly explains its history and current use.

In the past, the Library produced publications about specific classification schemes, chiefly for staff but apparently also for sale (many have prices printed on them!).  From my predecessor as head of department, David Lowe, I inherited a third edition of Select books classification, published in 1945 in a print run of 100 copies following a first edition in 1925 and a second very shortly thereafter in 1926.

The S3-figure class was designed for ‘select books’ which didn’t already fall into one of the other ‘select classes’ covered by the pamphlet.  Most commonly, a ‘select book’ was, and still is, something extensively illustrated or very heavy (archaeology books and art catalogues often tick both boxes) which the Library would want to provide access to only in a supervised reading room.  The class traditionally held only hardbacks but we now add sturdy paperbacks to the sequence too.  The S3-figure class was originally applied in combination with a simplified version of the open-shelf 3-figure scheme, so a book about Russian history which would count as ‘select’ would have been given a classmark starting with S586 (since 586 is the main Russian history class).  About 15 years ago, the decision was made to stop the subject classification of S3-figure books, and now the classmark is standardly S950 and otherwise reflects only size and date of publications with a running number (eg S950.c.201.1).  As is the case with many classes in the UL, then, readers need to use the subject headings in catalogue records to trace subjects for titles added to the S3-figure class since that time.  This post looks at three new additions to the class which relate to East European art. END_OF_DOCUMENT_TOKEN_TO_BE_REPLACED

The centenary this month of the start of the Soviet-Polish war of 1919-1920 provides good grounds for a post about the University Library’s Polish history holdings. 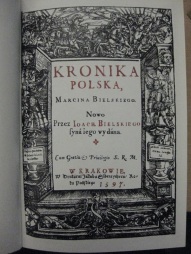 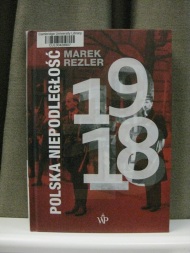 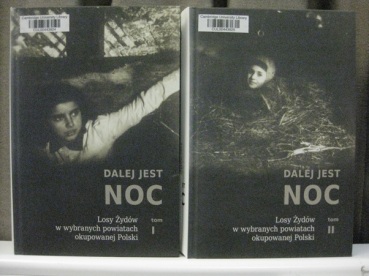 END_OF_DOCUMENT_TOKEN_TO_BE_REPLACED

Władysław Bartoszewski – Polish resistance member, prisoner, diplomat, and historian – died in late April at the age of 93.  The University Library’s holdings of works by and about him date from 1968 and include a 6-volume set of his works (590:4.c.200.49-54).  Our latest Bartoszewski acquisitions are the focus of the May Slavonic item of the month feature.

In his long life, Bartoszewski saw first-hand some of both the bleakest and most hopeful parts of modern Poland’s history.  A young man when the Nazis arrived, he fought in the defence of Warsaw against the invading army and later in the 1944 Uprising.  In between, he was imprisoned in Auschwitz and, on his release (organised by the Polish Red Cross), worked in the resistance, both in the main Polish Home Army and also in Żegota, whose work was focused on aiding Jews.  In Communist Poland, he worked as a journalist and historian, but was imprisoned for much of the post-war decade.  His last imprisonment came in 1981, during martial law, for his connections with Solidarność.  Post-Communist Poland lauded him.  In his two terms as foreign minister, he played a vital role in forging strong connections with Israel and Germany. END_OF_DOCUMENT_TOKEN_TO_BE_REPLACED

The re-introduction of Polish Studies in Cambridge has recently come a step closer, with the recruitment of a temporary lecturer currently in progress. The University Library has long collected Polish material, albeit with a modest budget recently, and this month we look at an example of recent purchases – a set on art in post-war Poland. 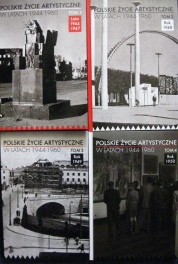 The University Library holds over 20,000 items in Polish, stretching from the mid-sixteenth century to the present day. Since Polish ceased to be taught as a degree-level language in the early 2000s, Polish spending in the Library has been modest. The initiative to bring Polish Studies back to the Department of Slavonic Studies, however, has long been an added incentive to ensure that we do continue to build on our existing collection, and this initiative recently received a major boost when funding was made available for the four-year appointment of a lecturer in Polish Studies.

The main areas of focus in Polish-language acquisitions for the Library are literature, history (including a major emphasis on Polish Jewish history), art, and music. The latest consignment of material from Poland, which came through earlier this month, included the first few volumes of Polskie życie artystyczne w latach 1944-1960 (Polish artistic life in the years 1944-1960; S950:01.b.153.1-4), a set which will eventually run to over 10 volumes. The Library has received the four volumes which have been published so far; these cover the period 1944-1950. 1944 and 1945 are, unsurprisingly, represented relatively briefly. END_OF_DOCUMENT_TOKEN_TO_BE_REPLACED