This week, the news from Ukraine has been tentatively positive, as the concerted counter-attack against the Russian army in the south of the country has been getting under way.  But ongoing concerns about the situation at the Zaporizhzhia Nuclear Power Plant have also been in the headlines as, of course, has been the death of Mikhail Gorbachev.

Gorbachev was adored and hated for the actions he took and for the events that happened during his time as Soviet leader.  It was Yeltsin who formally acknowledged Ukrainian independence, but Gorbachev’s time that saw the circumstances of the Soviet Union shift towards that possibility.  Largely praised abroad for bringing the Cold War to a close, Gorbachev is remembered in some former Soviet countries chiefly as the overseer of violent suppressions of pro-independence activities in 1989 and 1990.  For those who mourned the loss of the Soviet Union, Gorbachev was also a guilty party.

The fears about the Zaporizhzhia nuclear station, currently occupied by Russian forces. are of course particularly troubling in the context of the nuclear disaster in Ukraine 36 years ago.  The item shown here, Mikhail Gorbachev’s speech on Soviet television, May 14, 1986, contains the translated text of the speech he made in the light of the appalling accident that had occurred on 26 April at Chornobyl’ (Ukrainian; Chernobyl’ in Russian).  The 14 May speech was the first full statement by the Soviet leader about what had happened weeks before. END_OF_DOCUMENT_TOKEN_TO_BE_REPLACED 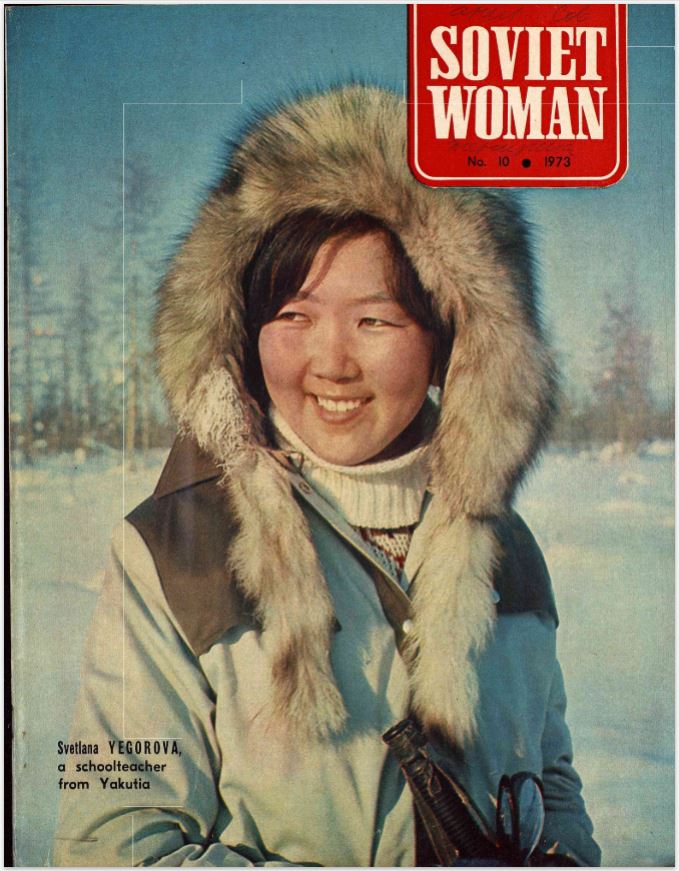 As the Electronic Collection Management team announced in this blog post, Cambridge readers with Raven accounts now have trial access to the East View digital archive of Soviet woman.

The first issue came out in late 1945.  Its introduction discussed the purpose and place of this new bi-monthly title, saying “Soviet Woman is a new illustrated literary, art, and socio-political magazine whose purpose is to deal comprehensively with the work of Soviet women in industry and their part in social, political and cultural activities.  Our magazine will study and summarize in the light of peacetime problems the experience gained by women during the war”. END_OF_DOCUMENT_TOKEN_TO_BE_REPLACED 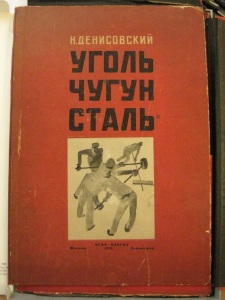 This lovely item is still waiting for me to complete its catalogue record in the UL, but happily I captured many of its contents in photographs on a memory card I brought home on our last day in the Library.

Ugol’, chugun, stal’ (Coal, cast iron, steel) was bought with the help of Special Collections now some time ago.  It is a loose-leaf album of 40 works by the artist Nikolaĭ Fedorovich Denisovskiĭ (often romanised as Denisovsky), 1901-1981, which was published in 1932.  The subject of his work is heavy industry, and each of the 40 monochrome illustrations held within the album depict workers and industrial structures in striking and quite beautiful images.  Below are 15 of the 40. 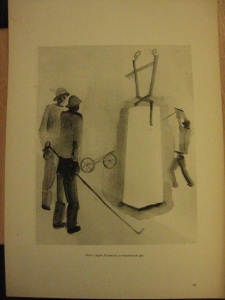 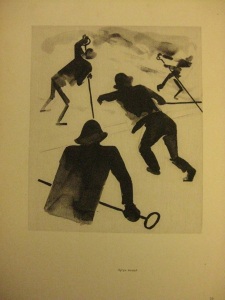 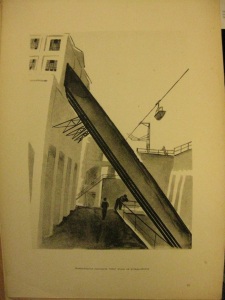 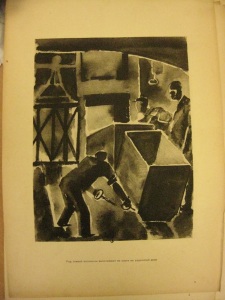 Images from the new acquisition.

END_OF_DOCUMENT_TOKEN_TO_BE_REPLACED

This month, I wanted to draw attention to a growing open access resource called Prozhito which provides diaries written by the great and the good and the ordinary.  At the time of writing, Prozhito (“Lived”, the passive past participle) contains diaries in Russian by 5755 authors, in Ukrainian by 104, and in Belarusian by 58.

A volunteer-led initiative which started in 2014, Prozhito has since 2019 been a joint project with the European University in St Petersburg.  The latter’s English-language summary of the project is here.  The Russian-language Prozhito “About” page is here.

END_OF_DOCUMENT_TOKEN_TO_BE_REPLACED

March has already finished?  This blog post is late??  It is not so easy to tell at the moment…  The subject of this post, the early geneticist William Bateson (1861-1926), might have considered my disorganisation a “trait”.  What must he have thought of the avant-garde when he visited Soviet Russia?

The avant-garde at work