Last month’s Slavonic blog post looked at recently received new Polish publications, including a book of poems by Adam Zagajewski.  Little did I think then that a month later I would be writing about the poet in the light of his sad death at the age of 75.

Adam Zagajewski spent most of his life in Kraków but was born in what is now Ukraine.  He was born in June 1945 in a Lwów that was still chiefly Polish, but he and his family were caught up in the enormous WW2 population transfers as national borders shifted.  Polish Lwów became Ukrainian L’viv –  just as German Gleiwitz reverted to Polish Gliwice, where Zagajewski’s family moved to and where he grew up.  One of the volumes of poetry we hold in the UL by Zagajewski is called Jechać do Lwowa (To travel to Lwów), and one of our books of essays by him is called Dwa miasta (Two cities; the English translation is also in Cambridge).  The fate of his family and their home and the fate of millions of other similarly displaced families cast a long and complex shadow. 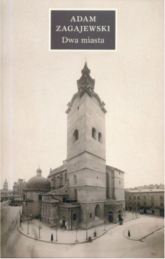 Zagajewski was hugely popular in Poland but his work was also frequently translated and gained popularity abroad.  His most famous poem to English readers was probably the translation of his moving ‘Spróbuj opiewać okaleczony świat‘, translated as ‘Try to praise the mutilated world’ and published by the New Yorker shortly after 9/11.  The poet also taught and gave talks.  In 2015, Cambridge Polish Studies arranged an hugely successful and sold-out evening with Zagajewski, which was captured in photos here.

What follows below is a summary of the main original and translated works by Adam Zagajewski we hold.  Doubtless publishers and translators will now be working to capture his whole life’s work in complete collections.  We will of course collect these (and books about Zagajewski and his works) as they appear.

Polish original texts in the UL and/or MMLL Faculty Library:

English translations in the UL and/or a faculty library

Among the other works Zagajewski edited or contributed to is 2007’s Polish writers on writing.  By chance, this happens to be an example of one of hundreds of thousands of titles held in print by Cambridge but recently made temporarily accessible to current staff and students electronically via HathiTrust (more details here and further instructions here).